Frankenfish one step closer to market

Update:
Due to an overwhelming number of comments, the FDA has extended to comment period on genetically modified salmon.

Click here for The Center for Food Safety’s petition, valid until April 26, 2013.

According to Andrew Kimbrell, founder of The Center For Food Safety: “In all my years of organizing for sensible food policy in Washington, DC, this is the first time I have ever seen the FDA extend a comment period. This shows that the FDA is feeling the political pressure, and hopefully rethinking what looks like it would be a disastrous policy.”

The agency found, on a preliminary basis, that the GM fish, produced by AquaBounty Technologies of Massachusetts, posed no significant threat.

Mutated by scientists to grow twice as fast as a normal salmon, the genetically modified salmon created by the company AquAdvantage was blocked for approval by Congress back in 2011 due to health and environmental concerns.

The fact of the matter is that numerous heads of the FDA have a deep (or even current) history with biotech giants like Monsanto. People like Michael R. Taylor, the current Deputy Commissioner for Foods at the FDA, was a Vice President at Monsanto. This is the same man that led an assault and subsequent shutdown of the largest organic peanut butter factory. Meanwhile, tumor-linked GMOs roam free.

And so will this genetically modified salmon unless activism prevails against the FDA and AquaAdvantage.

How to get GMOs out of your diet 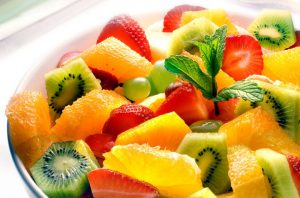